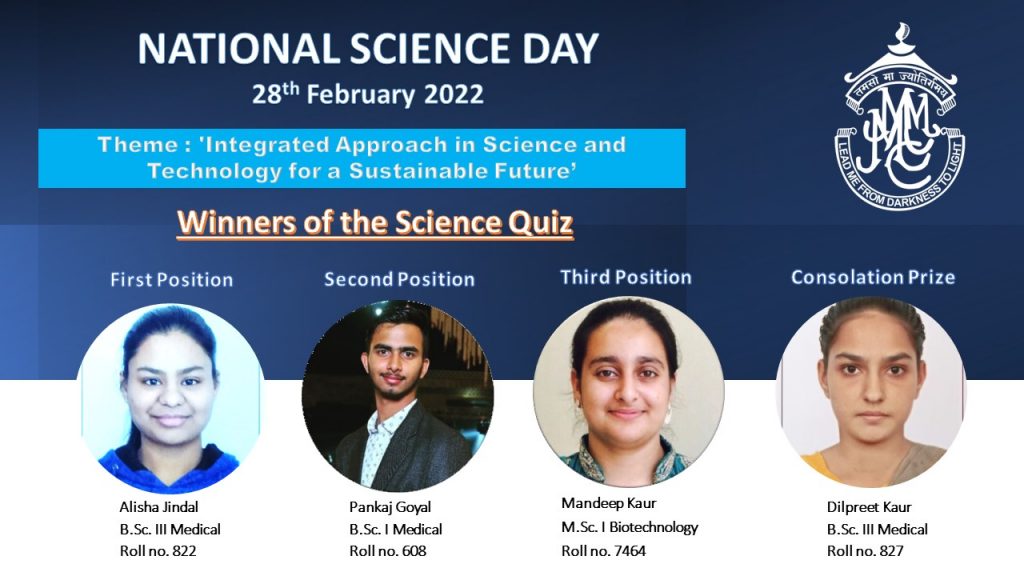 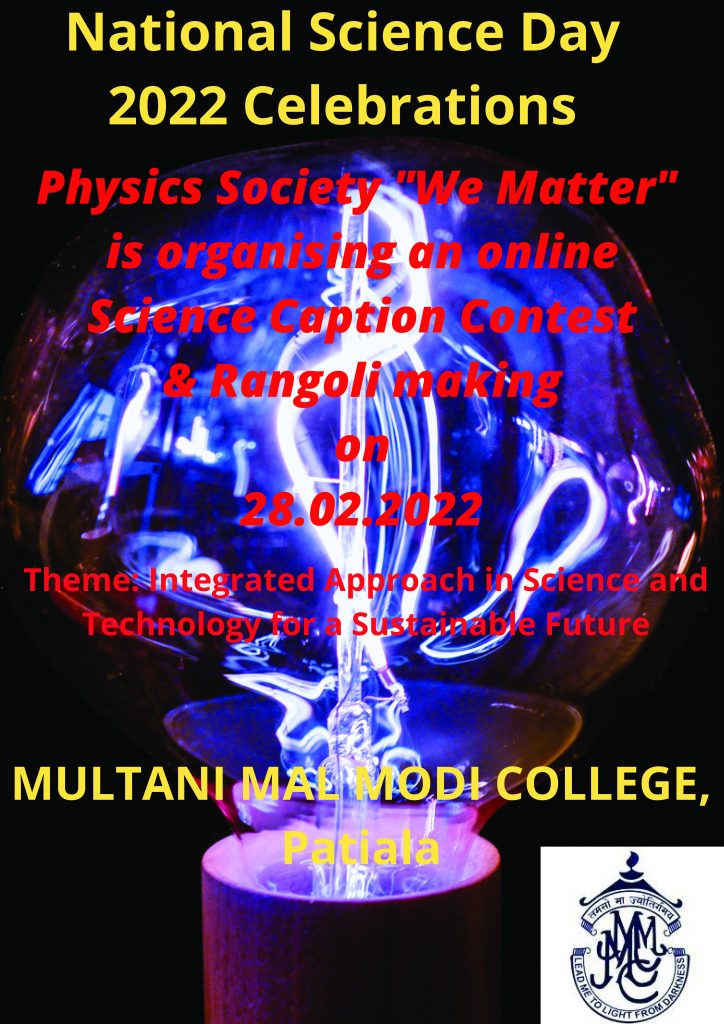 National Science Day was celebrated at Multani Mal Modi College, Patiala by the Biological and Physics Societies to commemorate the discovery of Raman Effect by Sir C.V. Raman. The theme for this year’s Science Day celebrations was ‘Integrated Approach in Science and Technology for a Sustainable Future’. The Biological and Physics Societies organized various online events like Science Quiz, Caption contest and Scientific Rangoli making for the undergraduate and postgraduate students of Science stream.

Principal Dr. Khushvinder Kumar in his message to the students, highlighted on the importance of consolidative approach in Science and Technology for sustainable development. He talked about adopting a cohesive approach incorporating all disciplines of science for making such innovations possible which will help in sustaining livelihoods, sustaining human life, and for India to emerge as a leader in science He appreciated the Biological and Physics Societies for organizing the various events online with the help of various virtual tools. 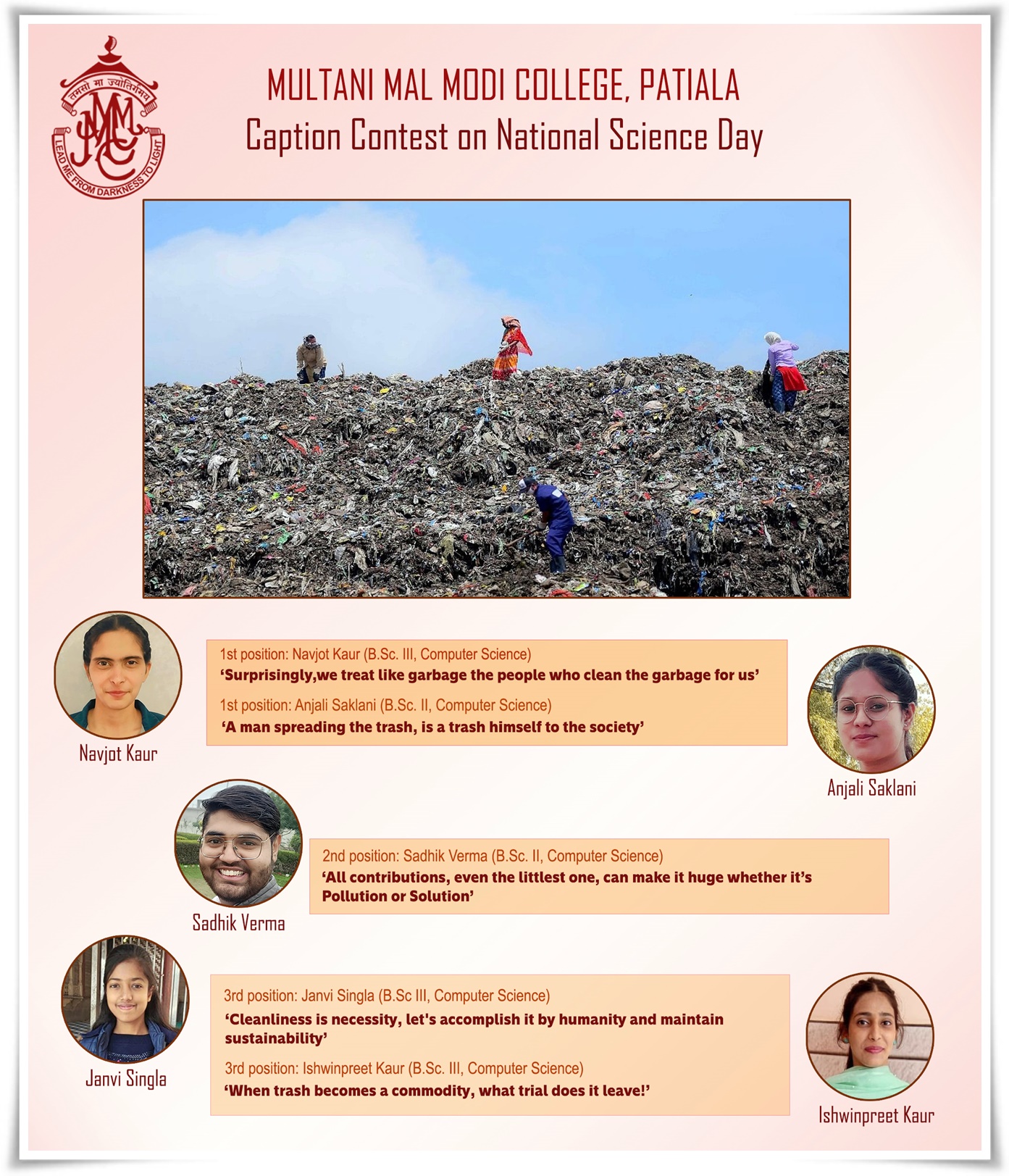